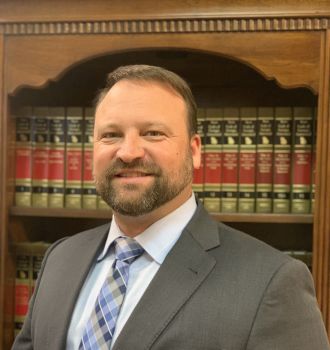 Wesley is an experienced trial lawyer and former prosecutor. Born in Georgia, Wesley served as a police officer and detective for 10 years. He graduated from the North Central Georgia Law Enforcement Academy receiving the Distinguished Student Award. Wesley earned his undergraduate degree from Mercer University and his Juris Doctor from Georgia State University where he graduated with Distinction. After graduating, Wesley began his legal career as a prosecutor handling cases involving motor vehicle collisions, serious injuries and wrongful death. Prior to starting his own law firm, which is now Starrett & Harris Law, LLC, Wesley was a partner at another Marietta personal injury law firm where his unique experience helped represent accident and injury victims in the areas of personal injury, car and truck collisions, wrongful death, products liability, and workers’ compensation.

"There is no greater honor than to be the voice for those who would not otherwise have one."

Wesley is admitted to practice in all Georgia State and Superior Courts, the Georgia Court of Appeals, the Georgia Supreme Court, and the United States District Court for the Northern District of Georgia. Wesley was named as the National Trial Lawyer’s Association’s Top 40 under 40 for 5 years in a row. His Avvo Rating is a perfect 10 and he was chosen as one of the National Academy of Personal Injury Attorney’s Top 10 Under 40. Wesley is a member of the Georgia Trail Lawyers Association where he serves on the Verdict Board and also Chairs the West Metro Trial Lawyer's Association.

Wesley is the proud father of three beautiful girls and in his spare time, he enjoys fishing, paddle boarding, and boating.